I don’t believe in New Year’s resolutions. They’ve been my curse and my nemesis for a long time. They only serve to set me up for failure. It’s as though this great tide of enthusiasm washes up onto my shore at the beginning of the year, bringing with it new resolve. “This year’s gonna be so much better than the last year.” There I go, negating everything that happened the year before. That’s definitely self-defeating right there.  Eventually, the tide goes back into the sea and I’m stranded on the beach feeling deflated.

Don’t get me wrong. New Years resolutions may work out great for many people. It’s just that research shows that the best of intentions isn’t always what it takes. A 2007 study by Richard Wiseman from the University of Bristol involving 3,000 people showed that 88% of those who set New Year resolutions fail, despite the fact that 52% of the study’s participants were confident of success at the beginning.

So, I’ve finally learned to let go of that stuff and to remind myself that even though fresh and new feels good and new momentum gives me energy, I don’t have to wait for the new year…..AND I don’t have to look back at last year thinking that I didn’t get it right. Everything that happened for me was good…even the crappy stuff. It gave me the motivation to want to feel better and to want more.  Nothing in the past was wrong. It was exactly what I needed to get me here, where I am right now.

I’m starting to actually see that everything I want is right here…right now. With that state of mind, my New Year is really a New Now. There’s power in the present moment. If I focus on that, then I don’t need New Year’s resolutions, I can just be resolute to embrace my life each and every day.  It’s easy to be persuaded by all the buzz and excitement around starting the year anew. It’s a marketer’s dream. The media and big biz count on us to feel ready for a change. They count on us to feel bad about the past few months of eating, drinking and over indulging and falling short of our perceived potential.

Don’t buy into that. Buy into this: You always have a choice to feel better. You can always start now. What do you want that feels good and new? Get clear on that. I believe in AAA. “Awareness (that’s always first), Accountability (to someone else, but ultimately to yourself) and Action (just take one small step in the direction towards where you’ll start feeling better.) Taking action is easier when it’s now focused. What is it that I can do right now? I don’t have to worry about later or tomorrow and I don’t even have to worry about the results of my actions. Just one step towards something can be liberating.

So, happy “New Now.” That’s it for me, anyway. I’ll keep remembering that all year long, or….. at least today.

“When you are on a journey, it is certainly helpful to know where you are going or at least the general direction in which you are moving, but don’t forget: The only thing that is ultimately real about your journey is the step that you are taking at this moment. That’s all there ever is.”  ~ Eckhart Tolle 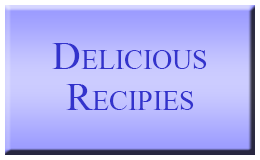